Dr. Wazio is a Chicagoland native. He received both his Bachelor of Science degree (1987) and his Doctor of Dental Surgery degree (1991) from Loyola University of Chicago. After completing his General Practice residency at Michael Reese Hospital in 1992, Dr. Wazio attended St. Louis University where he received his Certificate of Orthodontics and Masters Degree in 1997.

When he is not practicing his passion for orthodontics, Dr. Wazio loves spending time with his wife and two adult children. He also enjoys fishing, downhill skiing, snowshoeing, concerts, and of course let's not forget his dog, CoCo! (he would say it's his wife's dog but that's not really true...he wanted the dog. The dog just likes her better.) 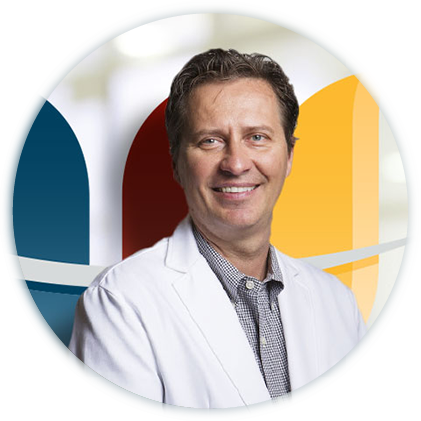